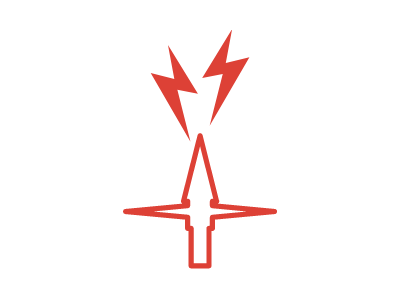 Most MEAN WELL LED drivers have an input AC range that is higher than 240VAC. This allows them to cope with minor power surges, or spikes in the AC line without any trouble.

However, you may be installing LED drivers in an area that is known to be prone to power surges or spikes.

The key features of this new surge protector are low Measured Limiting Voltage (MLV) and low Voltage Protection Level, (UP).

The SPD-20HP Series has a 20kA maximum discharge current and can dramatically decrease the high surge impact to LED luminaires, which is caused by lightning strikes, and can expand the LED luminaire’s life cycle.

Both models have been designed to meet the IP66 standard, so they are suitable for use with weatherproof LED drivers, such as the HLG and ELG series.

The SPD-20HP-480S can provide protection for high voltage (415V AC) luminaires, such as highway lighting and 415V power supplies.

As with the LED drivers themselves, the LED surge protector should not be mounted in direct sunlight, this could cause the temperature of the internal electronics to soar way past the stated working temperature range. This could result in a failure that is not covered by the warranty.

Stock is available through one or more of our local MEAN WELL Australia Partners.