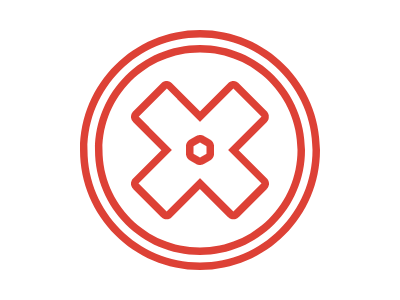 We take a look at some of the key reasons for LED driver failure and how to avoid them.

One of the key advantages of LED lighting is its reliability.

One thing you will soon discover, when researching LED drivers is that MEAN WELL LED drivers have a very good reputation for reliability.

Once you have selected the MEAN WELL LED driver you wish to use, there are some simple steps you can take to ensure it gives many years of service.

Heat is the enemy of electronics and this goes for LED drivers too. This doesn’t mean that LED drivers cannot operate in hot environments, they can. But there are some simple precautions you can take to avoid failures due to over temperature.

Make sure that the LED driver you select can operate in the ambient temperature it is likely to be exposed to. This is particularly important in Australia, where the temperature in a roof space, or LED sign panel can be quite high, particularly in the summer months.

Once you have established the LED driver you wish to use has an adequate operating temperature range, you will next need to check the derating curve in the datasheet.

The output capacity of a switch-mode power supply, including LED drivers reduces as the temperature increases. The data sheet for your MEAN WELL LED driver will include a derating curve, which will show you the maximum load you will be able to draw from the power supply at higher operating temperatures.

At the top end of the operating temperature range the derating can be as high as 50% of the rated output. You may need to select an LED driver with a higher output rating than you originally anticipated.

Failure to check the derating curve could mean you inadvertently put the LED driver into an overload situation. The LED driver will power off until the fault condition is removed, when it will power up again. However, if this could shorten the life of the LED driver. Therefore, it is recommended that this type of situation is avoided.

The following derating curve is taken from the HLG-320H data sheet. It shows at 70 degrees Celsius you will only be able to draw 60% of the rated output from the LED driver.

MEAN WELL produces a number of LED drivers, which are designed to be used outdoors. These LED drivers have an IP67 water ingress protection rating and are resistant to rainfall.

However, they should be installed in a shaded area.

If you have a power supply fail inside an LED sign panel, it could be due to condensation forming inside the power supply.

Typically, power supplies that are used in LED sign panels are fan cooled. If the LED panel is sited outdoors, the cooling fan can draw cold air into the power supply. When this cold air meets the warm electronic components inside the power supply, condensation forms on the components causing a failure.

Please do not hesitate to contact MEAN WELL Australia, if you have any questions about using MEAN WELL LED drivers.