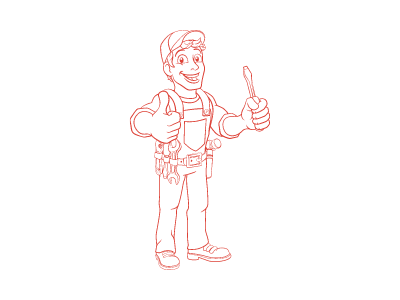 However, upon start-up, these capacitors draw a large inrush current while charging up.

The MEAN WELL ICL-16 is a 16A inrush current limiter that can be used to reduce the temporary peak current caused by capacitive loads, such as switch mode power supplies and LED drivers. The ICL-28 is the 28A version of this device. 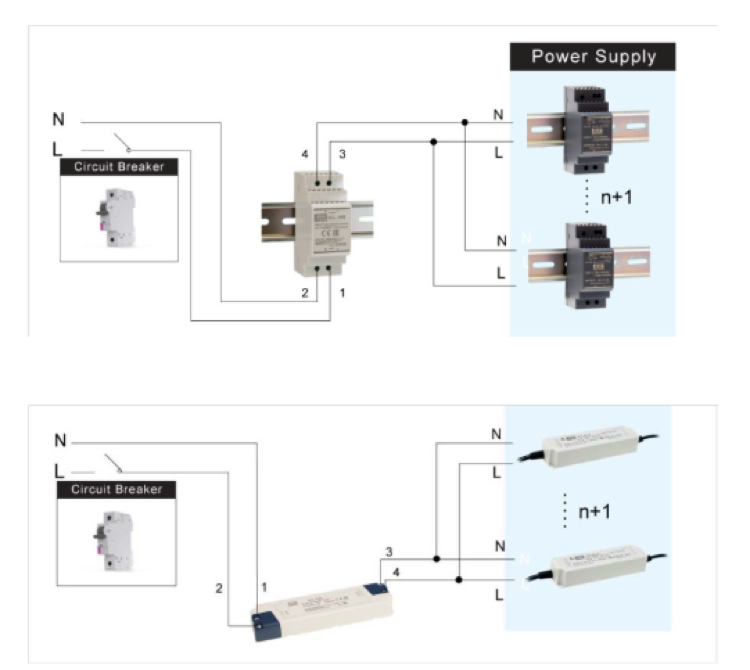 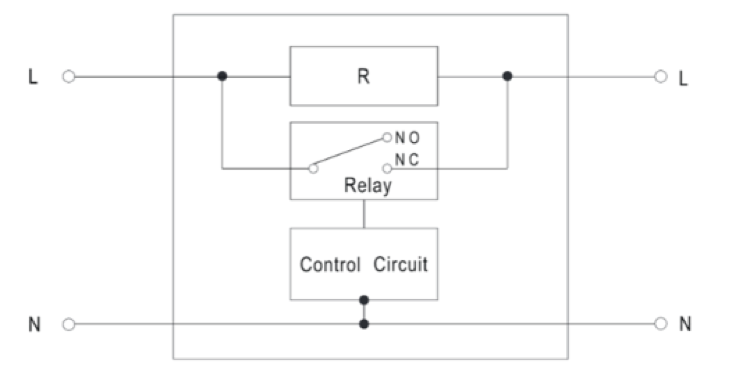 How Many Power Supplies can be Connected to One ICL-16L Inrush Current Limiter?

A circuit breaker is an automatically operated electrical switch, which is used as an over-current protection device to protect electrical/electronic equipment from damage caused by overload or short circuit.

When it comes to the instantaneous tripping current, MCBs can be split into 4 types according to their tripping characteristics: A, B, C or D.

You will usually find the following specifications in the data sheet for an MCB.

Rated Voltage:
This is the input voltage the breaker is designed to operate at under normal condition. For example: AC 240V or 120V.

Number of Poles:
The number of circuitries the breaker can operate on at one time.
For example, a 2-pole, or 2P, circuit breaker can let-through or disconnect two circuitries. There are 1-pole (1P), 2-pole (2P), 3-pole (3P) and 4-pole (4P) circuit breakers; 3P and 4P breakers are often used in a 3-phase circuitry network.

Rated Current (AT or In):
The highest amount of current a breaker can carry indefinitely at a certain ambient temperature.

Frame-size rating (AF):
The range of the highest current-level-setting tripping unit that can fit the breaker.

Rated Ultimate Short-circuit Breaking Capacity (Icu):
The maximum short-circuit current under a specified range that the breaker can break, such as 380V-30kA; the circuit breaker is not required to carry the rated current after the operation or test for Icu. In other words, the breaker can break this fault current, but it may not be usable afterwards.

Rated Service Short-circuit Breaking Capacity (Ics):
The capability of the breaker to provide normal operation after breaking the short-circuit current under specified range, such as 380V-15kA. In other words, the breaker can break this fault current and will still be usable afterwards. Ics is a percentage of Icu.

A circuit breaker is considered violating the regulation if any one of the above items is not listed in the data sheet.

Things to Consider when Selecting a Circuit Breaker

When choosing an MCB for your power supply, or LED driver, you should follow these 2 rules:

The rated service short circuit breaking capacity (Ics) of the MCB must always be greater than the total inrush current of your power supply, or LED driver.

An inrush current occurs during the initial start-up. Typically, the duration of this inrush current is very short, lasting only a few microseconds. As long as the total inrush current does not exceed the rated service short circuit breaking capacity (Ics), the MCB will operate properly without being damaged.

A BHA32C16 MCB by SHIHLIN ELECTRIC is chosen for a lighting system powered by the MEAN WELL HLG-80H LED drivers.

How many MEAN WELL HLG-80H LED drivers can be used with the BHA32C16 MCB withstand without tripping?

According to the calculation above, 30 units of the HLG-80H can be installed in the system.

The data mentioned above is based on a 25°C ambient temperature.

It should be noted that the LED power supply data sheet will specify a much lower number of LED drivers per breaker. This is because a much more conservative approach is taken in the calculations, as it is not known what brand breaker would be used.

A suitable miniature circuit breaker (MCB) should be used when MEAN WELL power supplies or LED drivers are connected to a system. This is because an MCB can prevent systems from immediately tripping at start up.

The above calculation is based on a general method, which does not involve inrush current.

Calculating inrush current requires T50 - the time duration of the inrush current pulse at 50% of Ipeak - and proof factor (K) - the pulse duration against surge current. Not all circuit breaker manufacturers publish the K factor data. Therefore, this article does not mention that calculation for inrush current.

Inrush current is an inevitable phenomenon while the start-up of switch mode power supplies. If the circuit breaker is being falsely tripped, it is a good idea to install an ICL-16 inrush current limiter between the breaker and the load to limit the inrush current.